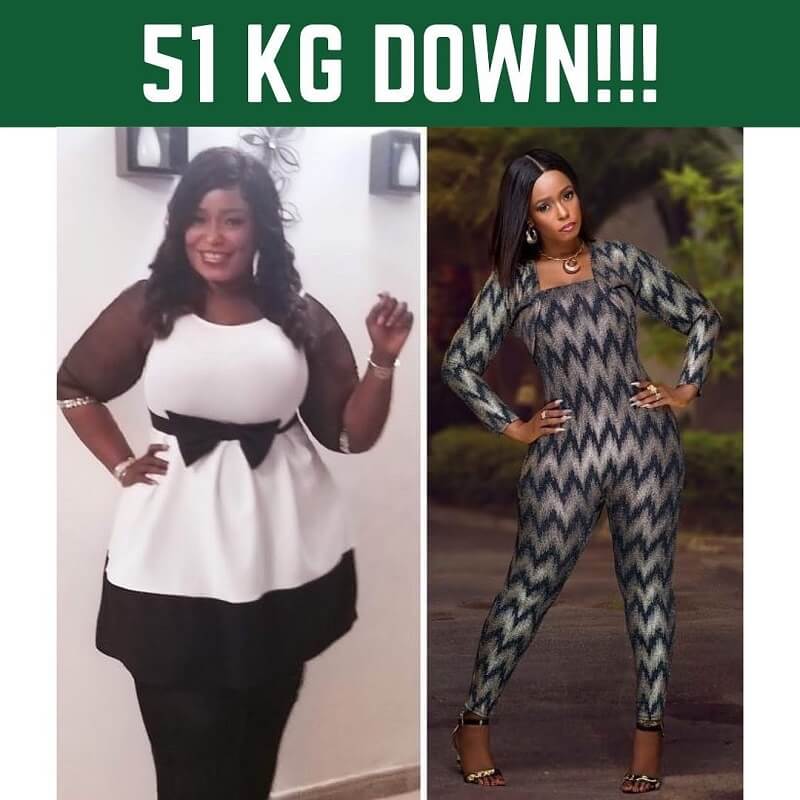 Star Queen had always been overweight since her secondary school days and had struggled with managing her weight. She couldn’t even fit into her wedding gown and had to lose some weight for her wedding. However, in 2013, she added all the weight  she lost and more! She was then weighing about 126kg and with this came a package of severe health issues. She would feel sudden sharp pains in her heart and when this became too frequent, she feared for her life and went for a checkup. At the hospital, the doctor announced to her that she had fatty liver, hypertension, and arthritis. All of these at 40 years old. By February 2019, her physical health had affected her mental and emotional health. She was consistently angry, depressed and irritated. While she battled with this, she started having intense pains in her lower abdomen and upon going for another checkup, the doctors confirmed that she had kidney stones and would need surgery. At this point she knew she had to do something different.

This was January 2020 and she was 136kg. She tried to join some groups but got discouraged because they only collected her money and did not offer her accountability or thorough follow-up …until she saw our LIVE workout sessions via the IG algorithm. She was attracted to our program because it involved everyone working out TOGETHER. She joined our group and not only found accountability and inspiration, she was also able to give the same to other women.  According to her, ‘I saw more results when I joined your program.’ She started to lose weight little by little – 5kg at first, and even lost 9.4kg in a month. By November 2020, she had lost 51kg! She admits that the difference between her previous efforts and this, was that we offer a complete lifestyle change as opposed to just weight loss. 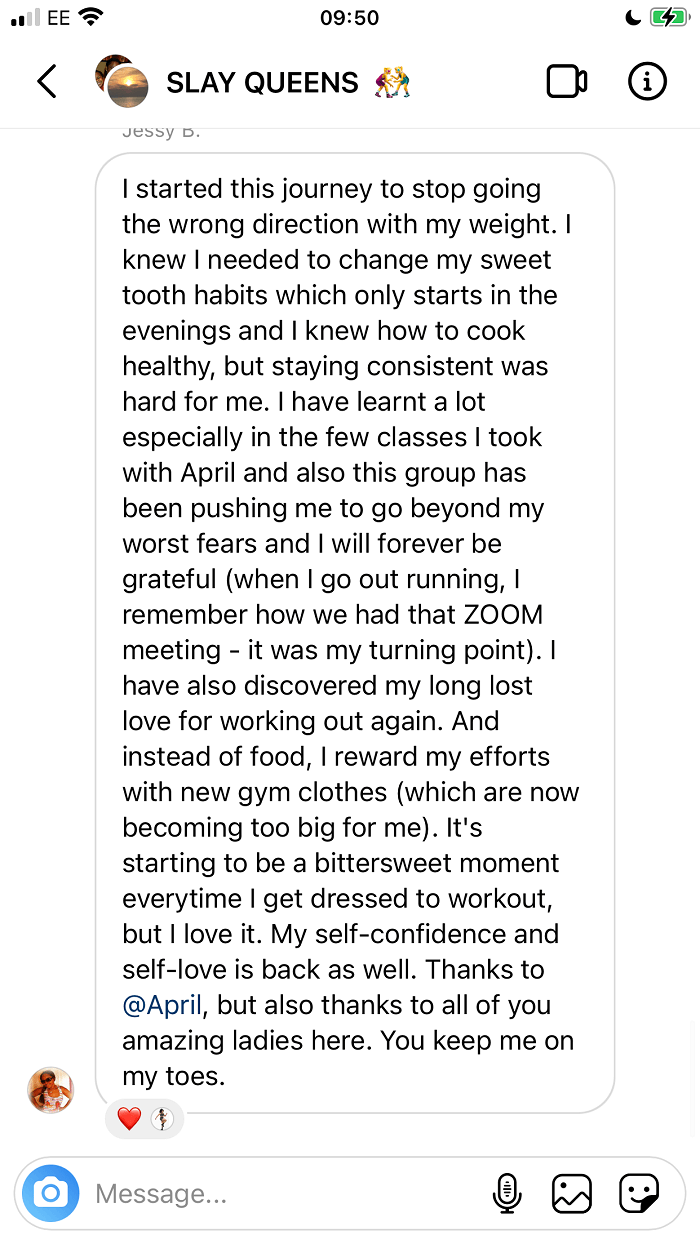 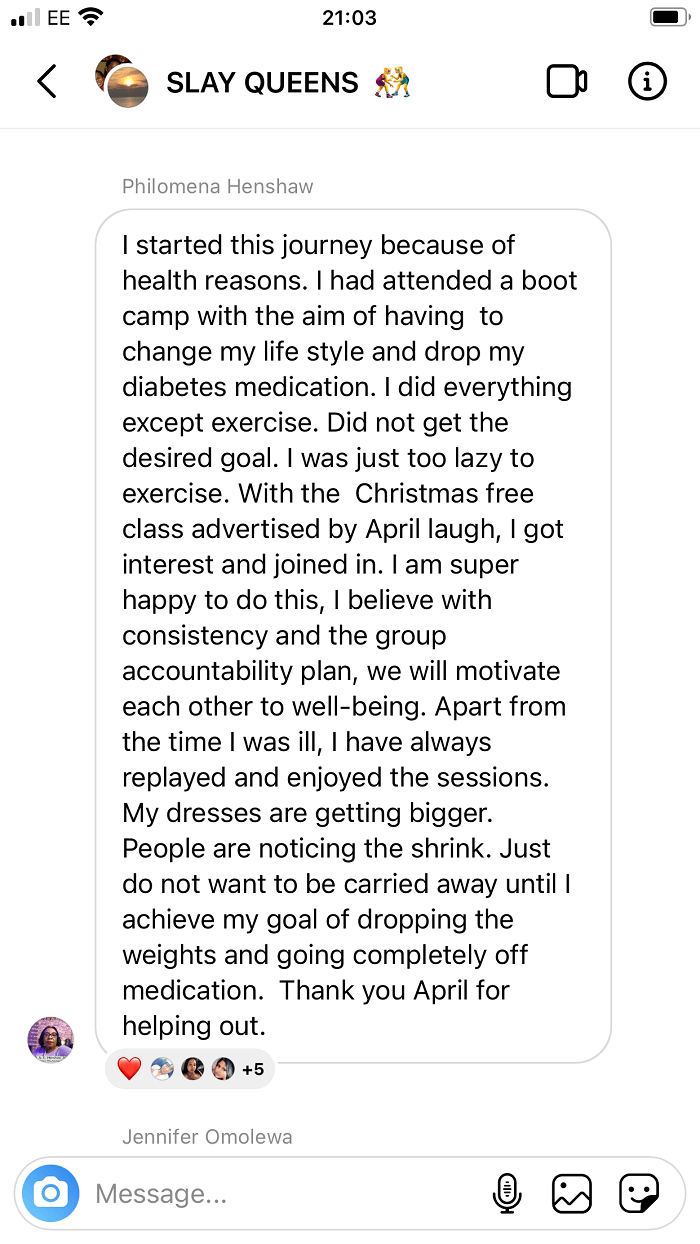 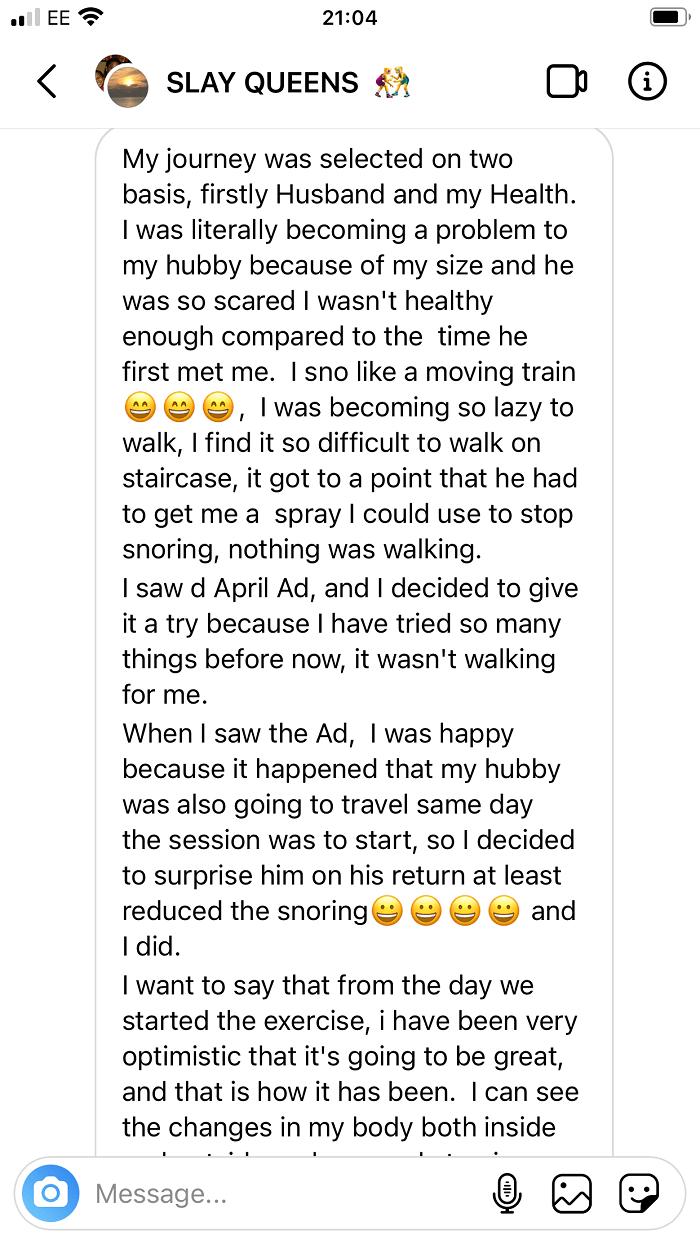 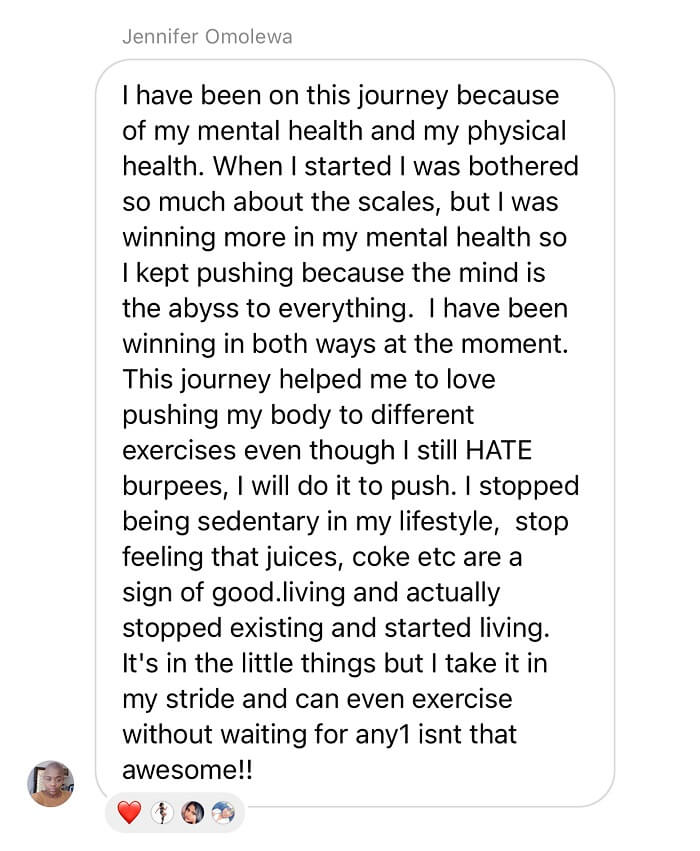 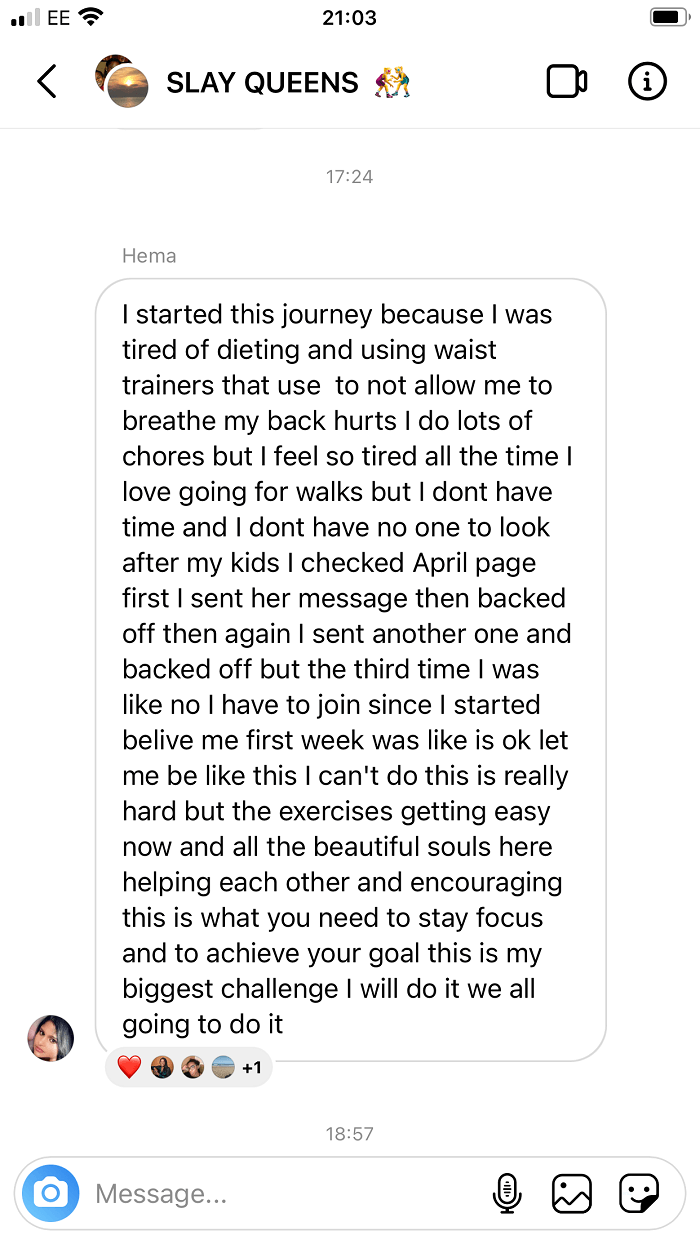 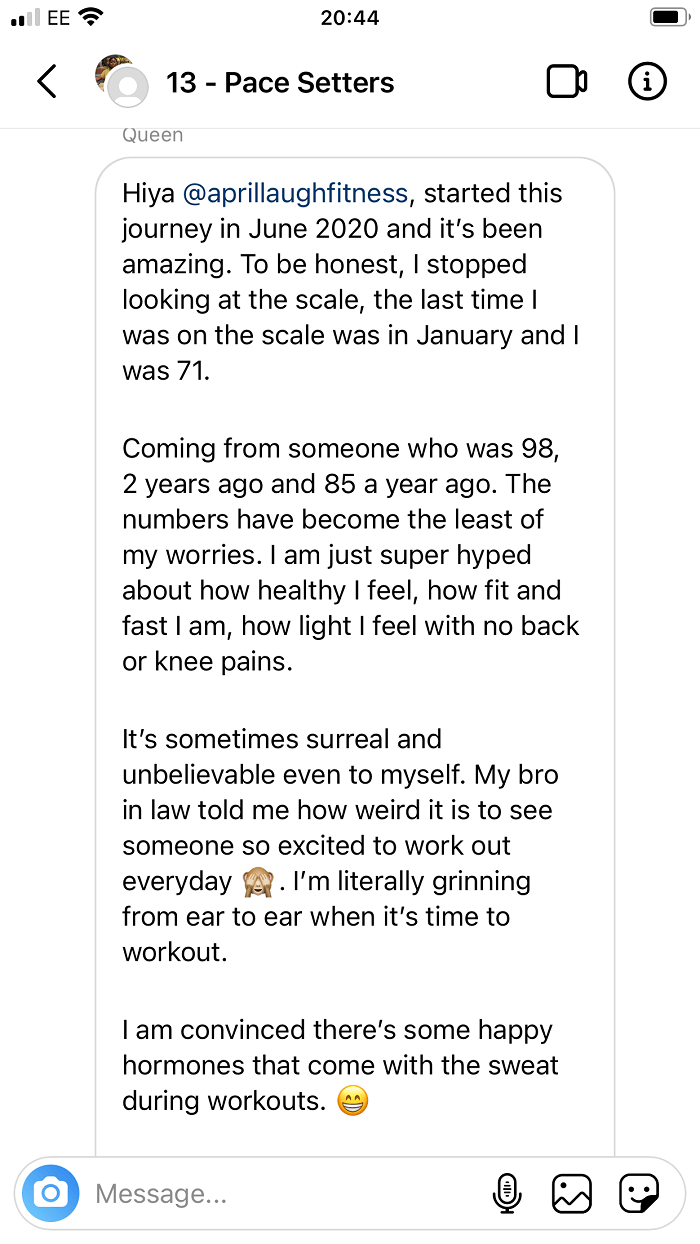 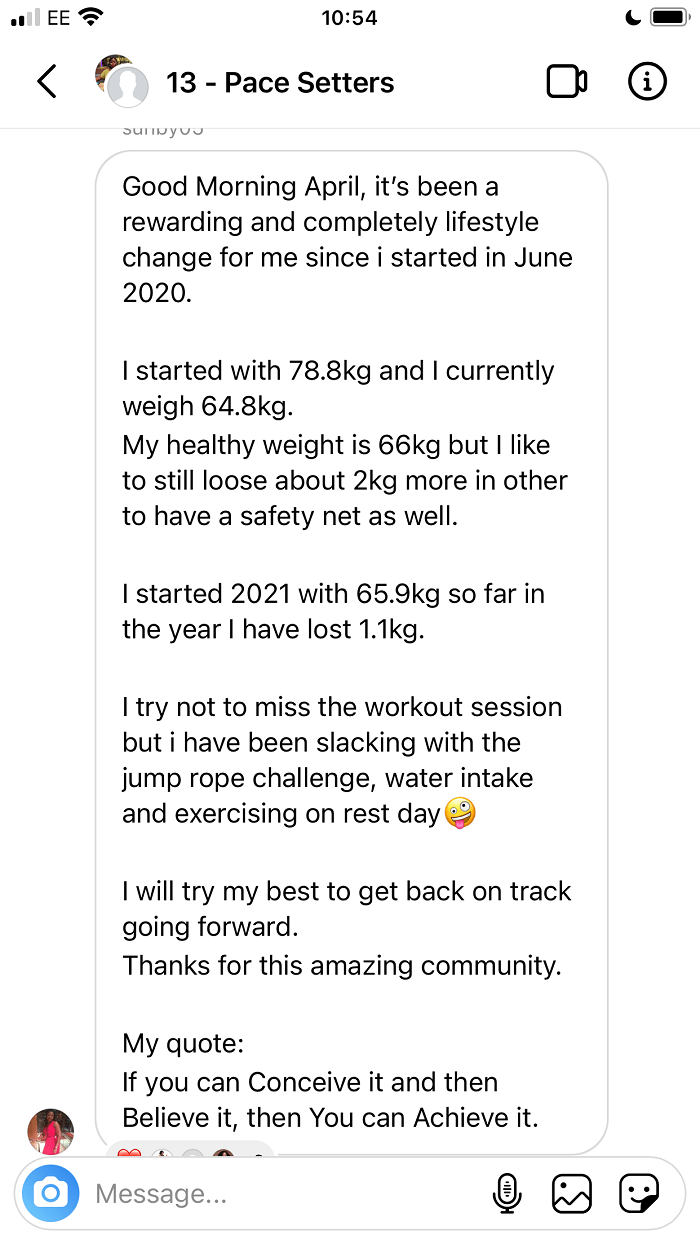 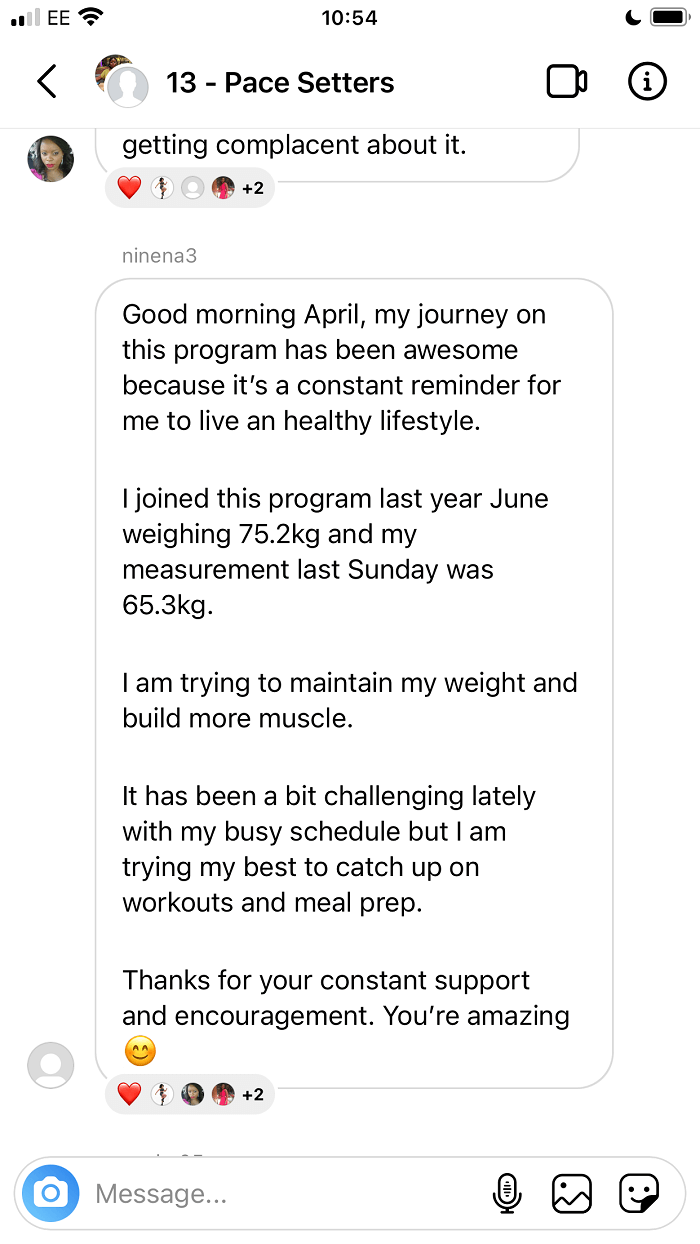 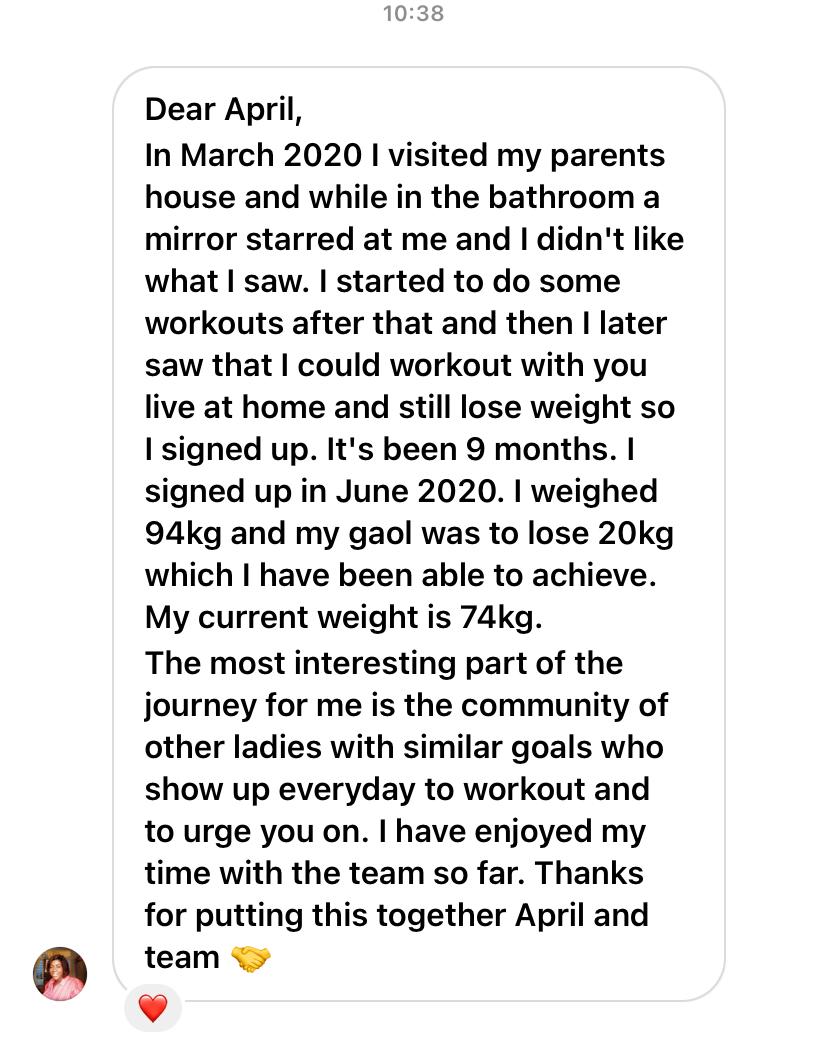 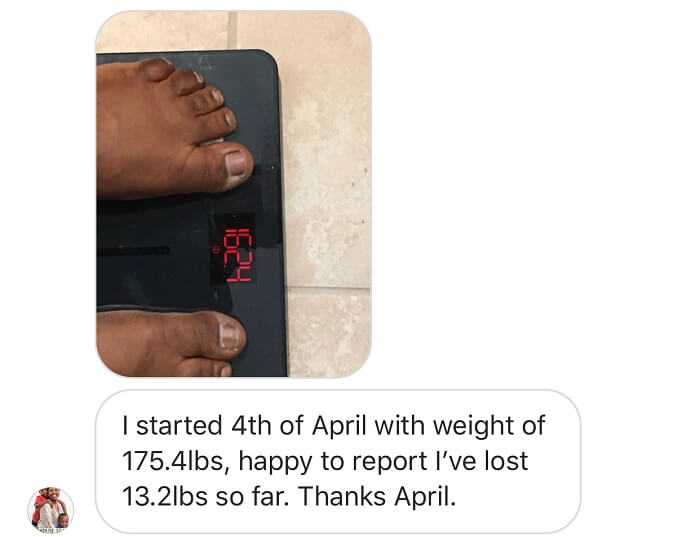 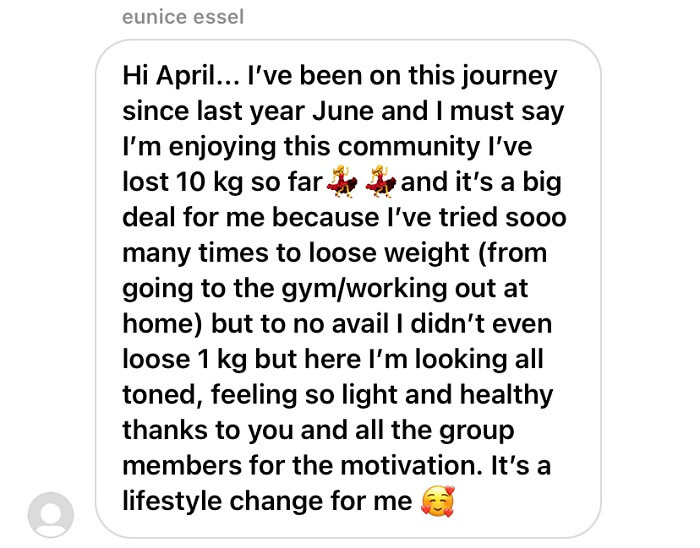 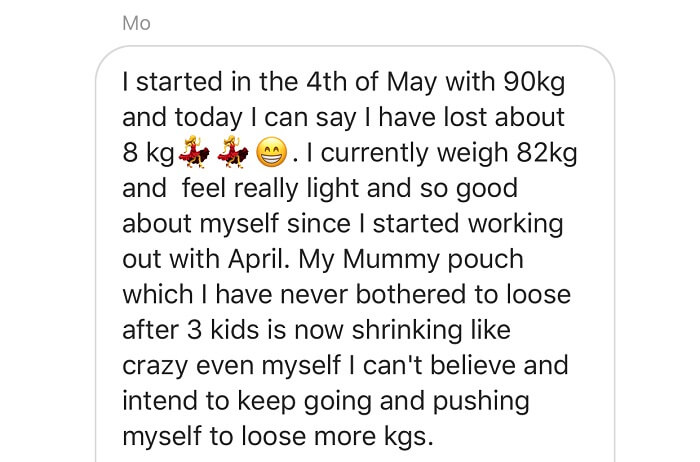 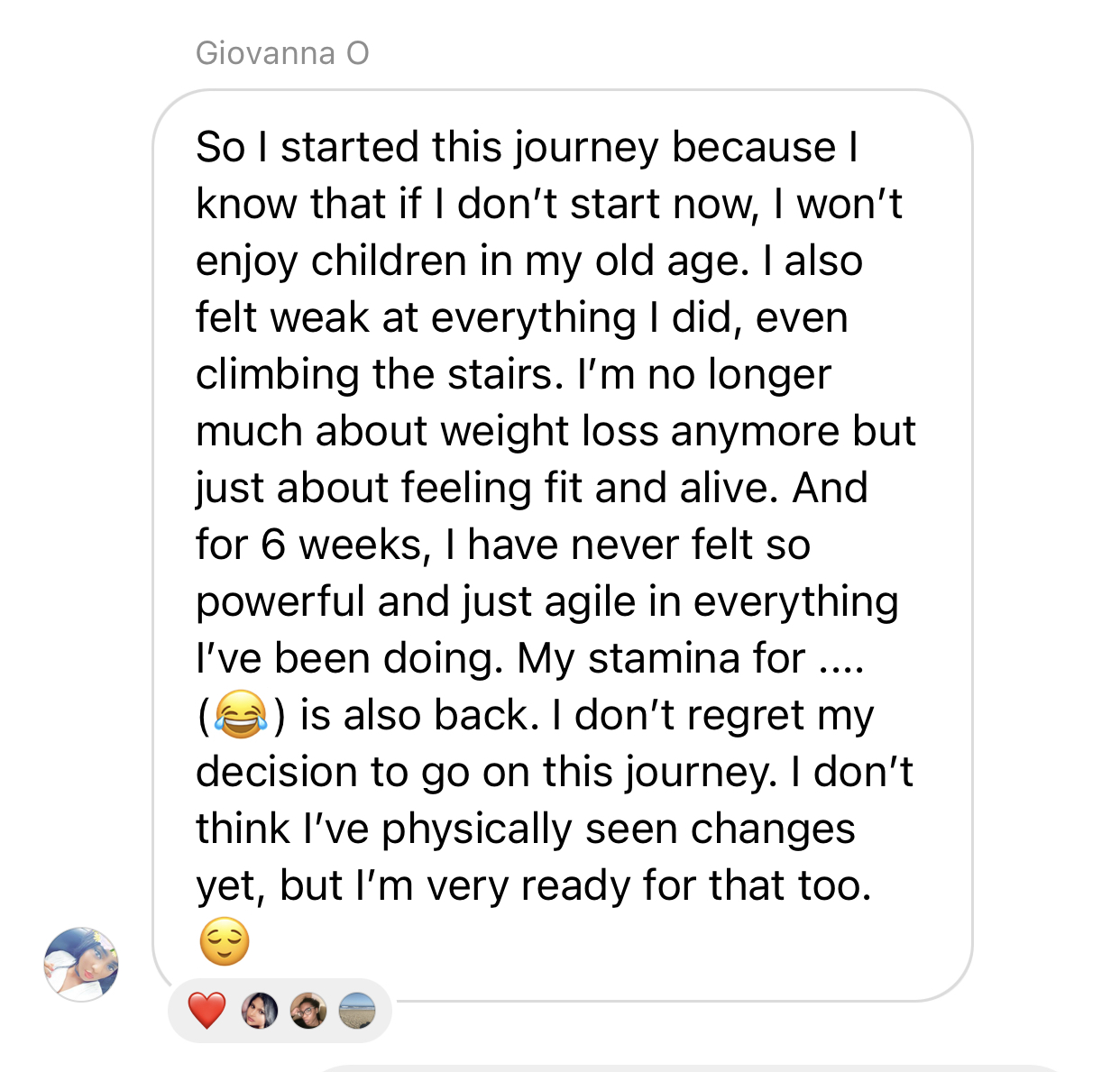 Ready to enroll in your program!